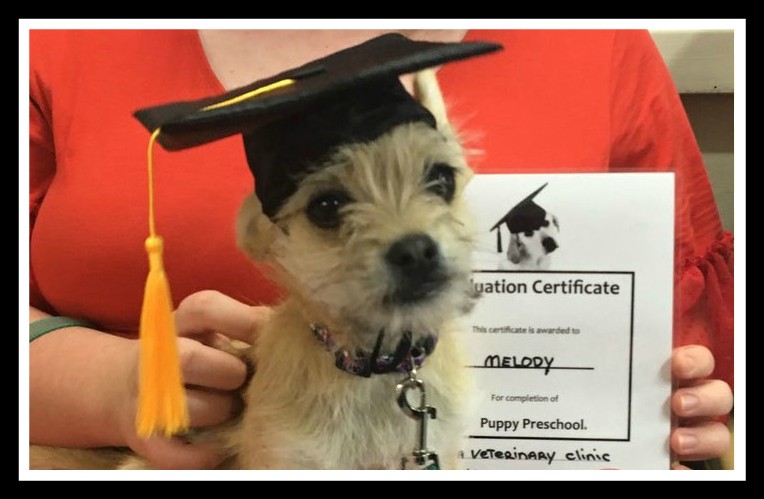 The four major factors that have been shown to be effective at reducing unwelcome behaviour and euthanasia in dogs are:

Choice:
Research shows that it is very important to choose the right breed of dog for your lifestyle. All too often, the choice is “I had to rescue the dog” and this lack of planning and thought often leads to euthanasia later in life. Talk to your local vet about what you want from a dog and get the right advice when you choose your next companion. Pre-adoption chats are free at your veterinary clinic.

Socialise:
Early socialisation, before 16 weeks of age, is the period which can greatly reduce fearfulness and human directed aggression later in life. In this period, it is vital that a young puppy is exposed to wide variety of different dogs, people and experiences, beyond those in household. This is where puppy school is important for young dogs as it provides both the training and experiences, they need to fit into our society later in life. Puppy school provides a safe space, away from the risk of contracting parvovirus, with experienced instructors and similar aged dogs and like-minded people to make the most of this early socialisation period.

Neuter:
Desexing your dog before puberty reduces unwanted puppies, human directed aggression and cancer later in life, giving your new companion the best chance of a happy relaxed life with people. This is particularly important for male dogs as it:

It goes without saying that when a dog is desexed, it is infertile and therefore can’t produce any puppies and this reduces the unwanted and stray dog problem and desexing a male dog before puberty, will reduce the likelihood of both human-directed and dog-directed aggression. Studies comparing entire and desexed dogs, consistently show that desexed dogs are less likely
to urine mark their territory and howl when left alone.

Training:
Building on puppy school training, it is important that when your dog is fully vaccinated, especially against parvovirus, your dog goes to dog obedience until at least 18 months of age. Here you will pick up lots of good tips on dog training and your dog will learn to listen to you and cope with other dogs, sounds and people in the environment.