We first saw Andy Scott’s work on the Gold Coast and were captivated by the sculpturing technique of welding together small sections of steel rod to form an outstanding image of a horse ‘Arabesque”. The horse was so lifelike and anatomically correct, that we expected it come to life and run away. When we contacted Andy Scott and told him how much we liked his work, he agreed to make a dog for the us. Now after several years planning, construction and shipment from Glasgow, Scotland to Whyalla the statue was ready to be installed in early 2008. The unveiling was organised around Andy Scott’s visit to Australia as we felt it was vital for the sculptor to be present at the installation and unveiling of the statue. 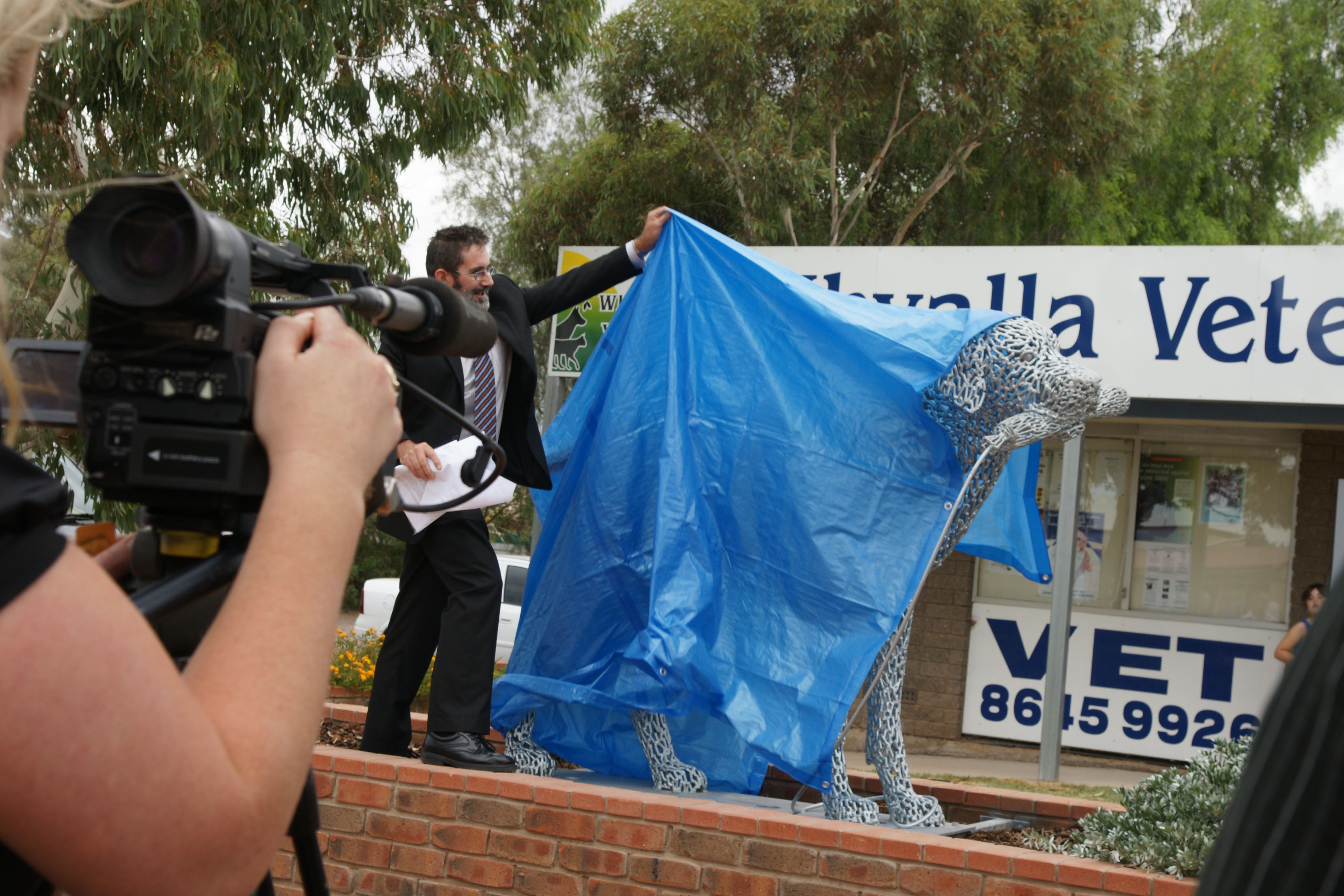 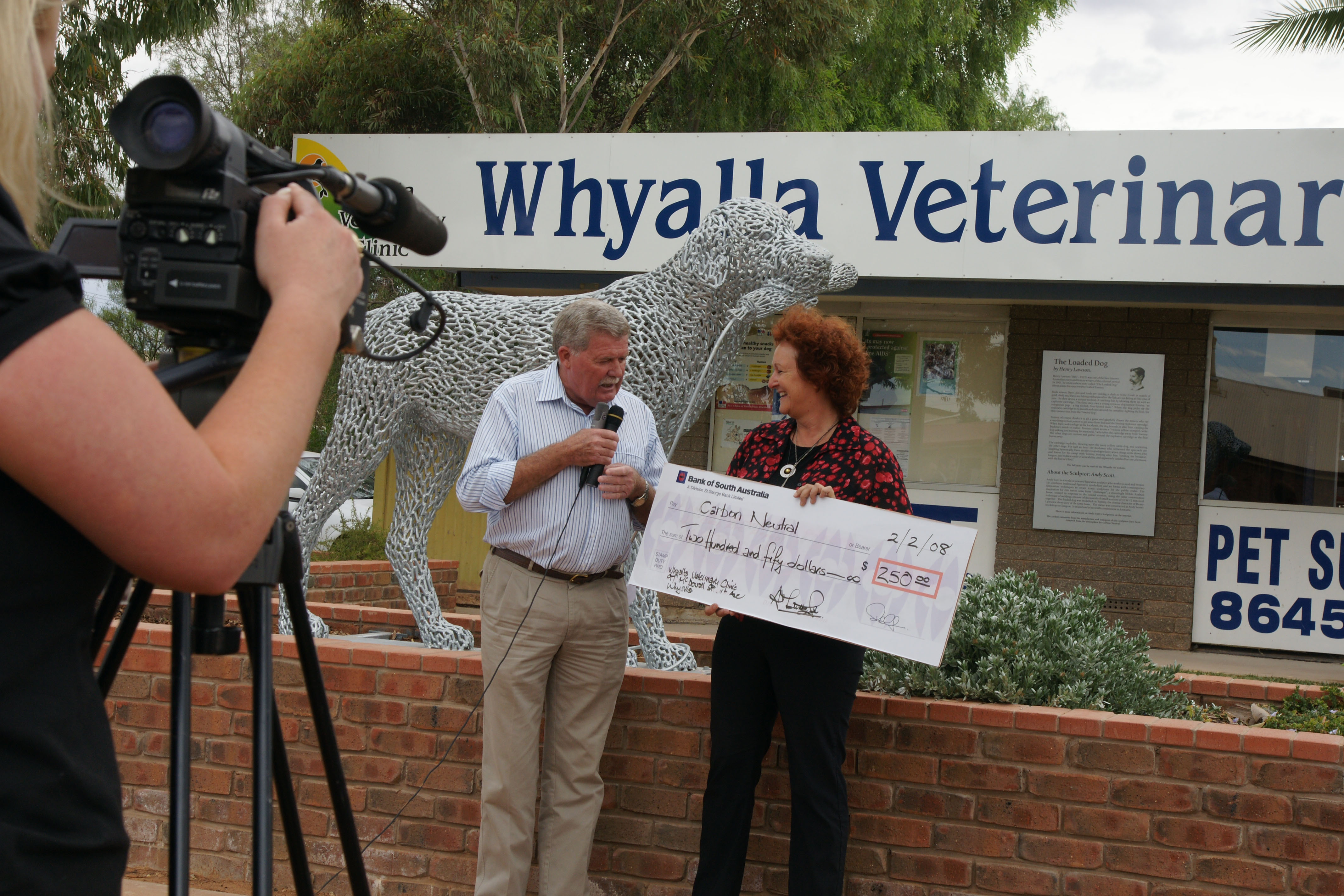