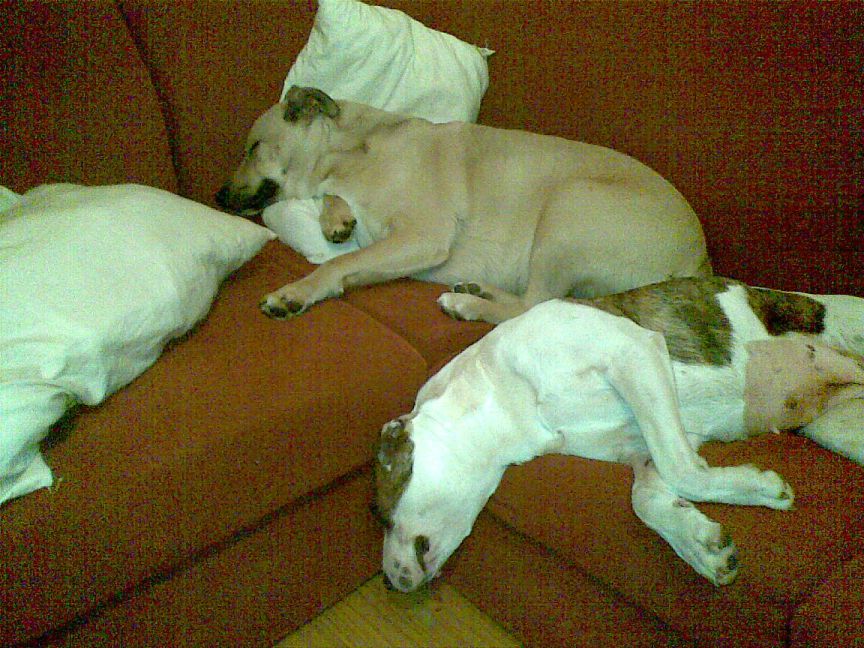 “Hi there..I adopted poppy form you about 4 mths ago..just letting you know how she is going. Pop pop now has a husband named Boof. Boof was a lonely boy left by himself a lot while I went to work..Poppy and Boof now keep each other company.
Each morning they rush out the backdoor and hang over the fence to next door where they are given a little treat..the neighbour has no dogs of their own..but always seem to have dog biscuits..strange hey????

Poppy also shares her house with 3 cats who after a while..like her.

I have an aged father who looks forward to the dogs visits each evening..Poppy runs in and jumps straight on him..he loves it.
She is a beautiful girl who is now spoilt rotten. Here are some pictures of Poppy and Boof for you to put on your website.. thanx again”